I haven’t mentioned it here yet but a handful of teachers and I have been participating in a weekly writing group.  Often, those reflections have revolved around a particular prompt, which I’ve been including in my reflections.  Many of those teachers have been posting their reflections to a community Tumblr.  Feel free to see those reflections HERE.  It’s been so awesome to get to have these ‘conversations’ that we don’t normally get to have, and sometimes these digital conversations continue in person.

This week will just be a general best lesson / worst lesson reflection. 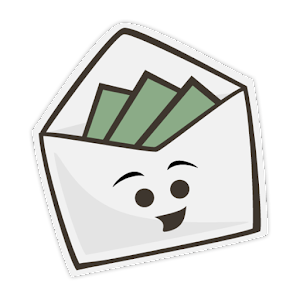 I think of ‘best’ as in students seemed to have met the learning goal and were engaged in the process.  The thing I got most excited about this week was something new I’m doing in my classroom economy.  For those who may not have read my previous reflections, I have a classroom economy where students apply for jobs, get a salary, pay rent, buy items in a monthly auction, and can save up to buy their desk.  This year, I’m introducing the concept of budgeting.  I wasn’t sure how it was going to work but I decided to go with an online tool I use a lot called Goodbudget (I actually wrote about Goodbudget over a year ago).

I introduced them to the envelope system by having physical envelopes and money and showing how I decide how much of my money goes in each envelope.  Then I share how I can only spend that money on whatever envelope it’s in (rent, groceries, give, fun, etc).  That’s the premise of Goodbudget but everything is digital.  I created a screencast that showed students how to create their accounts, make their envelopes, plan what they would budget, and distribute their current balance amongst those envelopes.

I loved that before I started talking about having an ’emergency fund,’ a couple students asked ‘what envelope do you take out of if something unexpected happens like an emergency.’  I also loved hearing students say ‘I’ve gotten quite a few fines already…should I budget more for that than what you recommended in the video’ or vice versa for students who haven’t gotten any fines.  I also had students say ‘I don’t really care to spend money in the auction and I want to save up to buy my desk…can I just put more money towards that and not put any money in my auction envelope.’  YES!

I got a lot of positive feedback and students said it feels really organized to have a plan for their money.  I plan on making a video soon going more into detail of how I structured this lesson in class.

I would say that I’m still struggling with my 6th grade Math Skills classes.  We’re working on decimal operations and it’s so hard to help them see what they’re actually doing, especially when multiplying and dividing.  I’ve been trying to show them visual models and area models for the multiplication, but have gotten many students saying ‘that just confuses me…can I do the standard algorithm’ but still not really be able to explain why or how the standard algorithm works, AND they will still mix up some of the steps of the standard algorithm.

I don’t want them to just say ‘count the numbers after the decimal and pull back the decimal that many times in your answer.’  I want them to really understand that we’re turning those decimal numbers into whole numbers by multiplying by powers of 10 and then we have to divide our answer by the same power of ten.  I don’t want them to just say ‘add a zero on the second line’ but understand that they’re multiplying by a number in the next place value, which is ten times bigger, which results in moving everything over one place value, hence the 0.

But alas, it takes a lot of time to try and guide students to these connections.  I think the division of decimals is the hardest.  The standard algorithm is a bit hard to really explain in a way that they can understand and it’s even harder to create models for.  Wish me luck as I search for some high-quality tasks to guide them…or perhaps just provide me with any tasks you know of  😉