It’s my first year in a Google Apps for Education school and my first year teaching middle school math. I’ve been thinking through different ways to utilize the Google tools in my classroom.  Here’s a couple I’ve been working with so far. 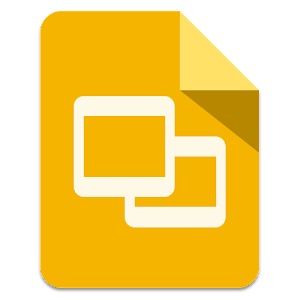 I got the idea from an online workshop I did where we had reflection journals in Slides.  I call it the ‘Math In My Own Words’ journal, or MiMOW.

I create a template for them and give them a bank of questions they can choose from to help get them started. There’s a new slide for each learning objective we explore. Each slide has the objective written on it and some notes giving them a few more specific things they could discuss for that learning objective (ie. share the word problem you created and how to solve it).  The journal serves several purposes:

I chose Slides over Docs since I wanted it to have more multimedia and not solely text.  The students have really made the journals their own and I’ve seen them share their thinking by:

I include a rubric slide at the end of the presentation that I use when I assess.

The same sort of documentation could be done with a Google Site, which I may explore later in the year.

I’ve frequently had students come up and share their slides, asking them what they feel they did well and what they could do to improve.  Many were honest about what they could improve upon.  I opened the feedback up to the rest of the class and we had a discussion on constructive criticism (is what you’re saying helpful, hurtful, or bland?).

In an effort for students to see the connections between the current concepts they’re learning and the previous ones we’ve discussed, I have them create a concept map.  They write down any key vocabulary, a quick little definition, and they draw a line from that word to another on their concept map.  On the line, they write how those concepts are connected.

I found that the concept maps quickly got quite messy; it became a little difficult to read the connections unless the student had very neat handwriting and had organized their map with plenty of space between words.  Originally I wasn’t too worried because the process of them reflecting on those connections and drawing them was where the magic was happening; they were creating a visual representation of the dozens of connections they were establishing in their minds.  Lucidchart would make this process a little cleaner though.

Lucidchart Diagram is a Drive add-on.  It can be found by clicking CREATE in Drive and if it’s not listed there, click on ‘connect more apps’ and search for it.  With Lucidchart, students can pull various shapes (typically used to make flowcharts) to put their words and definitions in, and then they draw the connections and write what the connection is.

I’m going to be having students put their digital concept map into their MiMOW at the end of each unit.

How else are you using Google Apps in your math classroom?