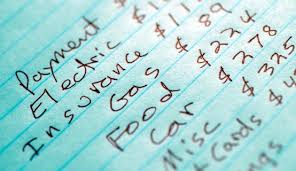 This isn’t an education entry but budgeting & managing expenses is something everyone should do!

I’ve been budgeting since I got out of college to track my spending.  I used an Excel spreadsheet that got more and more refined over the years.  It was based on the envelope system, where my expenses were broken up into categories and each category (envelope) got a specific percentage of my income each month.  My categories were save, give, bills, groceries, gas, eat out, and debt.  I decided to look for an app to manage my budget when I got to the point where whenever I wanted to make a change or add a category in my budget, I would have to modify a handful of formulas and equations.

I came across two solid budgeting apps; GoodBudget and EveryDollar.

I started using GoodBudget earlier this year.  It seemed to do everything I was doing in my spreadsheet, except it was a lot prettier, easier, and had an app.

EveryDollar is an app released by Dave Ramsey’s company.  I listen to the Dave Ramsey Show pretty frequently.  It’s a podcast all about money, particularly getting out of debt and building wealth.  I was pretty excited about it as my budget was designed after the principles he teaches (the envelope system).

I think the EveryDollar app is going to get a lot better over time.  I originally didn’t use GoodBudget when I first discovered it a couple years ago because it didn’t really do what I wanted it to, but it became refined over time.  For now I’ll stick with GoodBudget and will be watching to see what changes EveryDollar makes.  A less expensive paid plan, more compact web interface, more detailed reports, and quicker transaction logging would be enough to get me to switch.

Are you on a budget?  Do you use any apps or just a traditional spreadsheet?  Have you tried any of the above apps?